See announcement about our individual health insurance offering coming to the St. Louis area this fall. 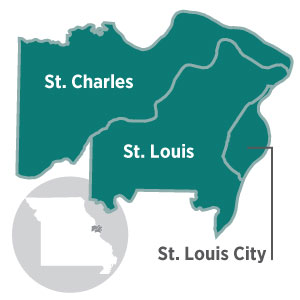 We are 100% dedicated to your well-being. So our focus is always on you.

We unite physician, hospital and health insurance solutions to reduce health care costs, improve quality and deliver a better member and patient experience for you. We offer individual and family health insurance both on and off the ACA Marketplace.

Our service area includes the city of St. Louis plus St. Charles and St. Louis counties. And WellFirst Health was developed right here in St. Louis by local health care and insurance professionals. Our providers are established and respected for their high-quality care.

Our local presence is backed by more than 35 years of insurance industry expertise through Dean Health Plan in Madison, Wis., so we know our way around health coverage that benefits you.

Relationships matter at WellFirst Health. We want to know you, and we'll spend the time to help you be the healthiest you can be.

He joined the company in 2018. Previously, he served as an executive with Blue Shield of California, Aetna, Coventry, Anthem and Humana.

David’s education includes an undergraduate accounting degree from the University of Louisville and Executive Education from both Duke University and Harvard University.

David has a diverse leadership background. His career began as a CPA, providing auditing services for publicly-traded hospital and insurance clients. At Humana, he oversaw a health plan that included a 110-physician, multi-specialty group practice. David’s career progressed with increasing executive responsibilities, eventually overseeing a nearly $20 billion, 4-million member non-profit health plan at Blue Shield of California. He has also served on a number of boards, including the American Heart Association, American Red Cross, Labor-Management Council and the National Conference of Christians and Jews.

Her educational background includes earning her bachelor’s degree from the University of Wisconsin-Milwaukee where she majored in International Relations/Economics and German. Loretta also attended Marquette University, studying law and earning a Certificate in Management. 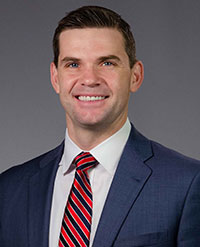 Brandon is responsible for strategic direction and performance of WellFirst Health within the St. Louis market. He also oversees the financial planning, health distribution channels and sales team of the local WellFirst plan.

He recently joined the company after spending more than 10 years as a strategic leader in the healthcare industry, most recently at GuideWell (Blue Cross Blue Shield of Florida) focusing on inorganic growth opportunities, with specific emphasis on growth in government programs. He also held other roles at HealthScape Advisors and PricewaterhouseCoopers in Chicago, Ill., where he focused on developing growth strategies, specifically through mergers, acquisitions, and/or new partnerships, for health care organizations.

Brandon received a Bachelor of Science in Accounting from Brigham Young University. He also holds a Master of Business Administration with concentrations in finance, strategy and entrepreneurship at The University of Chicago Booth School of Business.